Raising the bar for inner-city development

As more and more buyers seek housing close to the Sydney CBD, developments such as this boutique Waterloo project are on the rise. However, they come with very particular challenges for developers.

This seven-storey mixed-use project included a two-level basement car park, three street frontages and an internal courtyard. Like many inner-city projects, it is built on a previously industrial site which required extensive decontamination works.

Close monitoring is the key to project success

A site investigation was conducted by an environmental consultant and early works contracted under a fixed cost to avoid the risk of budget blowouts during excavation.

In addition, the site included a high water table. Dewatering needed to be closely monitored during excavation, and the water table redirected.

Impact had previously worked for the client on another project in Zetland. Although that project was much larger – 192 units – it had similar challenges and was nevertheless delivered three months ahead of schedule and sold 100% off the plan.

Both projects fell under the remit of the Sydney City Council, both had ground contamination issues, both required land dedication back to Council, including new roads and footpaths, streetlights, curbs and gutters.

The lengthy approval process for land dedication was conducted while other construction works were started on site. This avoided delays and ensured the project remained on schedule.

Impact worked closely with the builder to oversee design changes to the building foyer, to improve appearance, increase space and useability, and make it more attractive to buyers.

The plans originally included an on-site chamber substation, however investigations uncovered sufficient power availability at a nearby location. We were able to utilise this alternative power source to free up space within the building and transform a single bedroom unit into three bedrooms. This not only saved the client money but added value to the property.

If you’d like to know more about how Impact Group can mobilise value from your next project, get in touch with the team today. 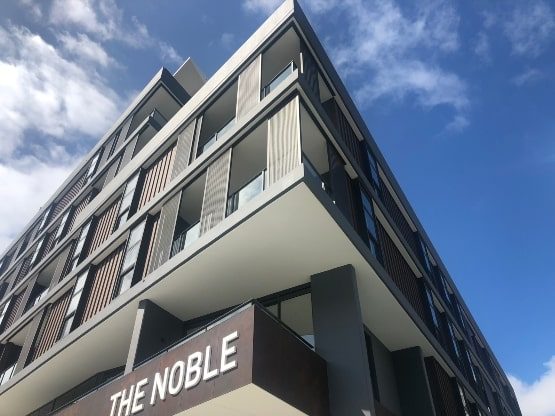